A royal family is the immediate family of a king or queen regnant, and sometimes his or her extended family. The term imperial family appropriately describes the family of an emperor or empress, while the terms ducal family, grand ducal family or princely family are more appropriate to describe the relatives of a reigning duke, grand duke, or prince. However, in common parlance members of any family which reigns by hereditary right are often referred to as royalty or "royals." It is also customary in some circles to refer to the extended relations of a deposed monarch and his or her descendants as a royal family. A dynasty is sometimes referred to as "the House of ...". As of July 2013, there are 26 active sovereign monarchies in the world who rule or reign over 43 countries in all.

Members of a royal family

A royal family typically includes the spouse of the reigning monarch, surviving spouses of a deceased monarch, the children, grandchildren, brothers, sisters, and paternal cousins of the reigning monarch, as well as their spouses. In some cases, royal family membership may extend to great grandchildren and more distant descendants of a monarch. In certain monarchies where voluntary abdication is the norm, such as the Netherlands, a royal family may also include one or more former monarchs. There is often a distinction between persons of the blood royal and those that marry into the royal family. In certain instances, such as in Canada, the royal family is defined by who holds the styles Majesty and Royal Highness. Under most systems, only persons in the first category are dynasts, that is, potential successors to the throne (unless the member of the latter category is also in line to the throne in their own right, a frequent occurrence in royal families which frequently intermarry). This is not always observed; some monarchies have operated by the principle of jure uxoris.

A Royal family is the extended family of a monarch.

Royal Family may also refer to:

Royal Family is a documentary about the family of Queen Elizabeth II, and was aired on 21 June 1969. It was rebroadcast on ITV the following week. The film was commissioned by the Queen to celebrate the investiture of her eldest son, Charles, as Prince of Wales. The script was written by Antony Jay.

The idea was to give the public a chance to see behind the scenes at Buckingham Palace, and show that the royal family were just like everyone else. On its broadcast, it was viewed by around two thirds of the population of the United Kingdom. It has not, however, been shown since, with many believing that the royal family were concerned that they were giving the impression that they were too ordinary. The filming of the documentary, which was the first time that cameras had been allowed to film for television, includes footage of the Queen, Prince Philip, Duke of Edinburgh, and their children Prince Charles, Princess Anne, Prince Andrew and Prince Edward.

In 2011, it was announced that clips from the documentary would be made available for public viewing as part of the Queen's Diamond Jubilee celebrations. It formed part of an exhibition called Queen: Art and Image, which also featured photographs of the monarch from across the years. Clips were also shown as part of the BBC documentary The Duke at 90 in 2011, to celebrate Prince Philip's 90th birthday. 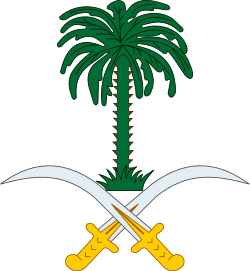 The House of Saud (Arabic: آل سعود‎ Āl Saʻūd) is the ruling royal family of Saudi Arabia. The family has thousands of members. It is composed of the descendants of Muhammad bin Saud, founder of the Emirate of Diriyah, known as the First Saudi state (1818–91), and his brothers, though the ruling faction of the family is primarily led by the descendants of Ibn Saud, the modern founder of Saudi Arabia.

The most influential member of the Royal family is the King of Saudi Arabia, currently King Salman. The succession to the Saudi Arabian throne was designed to pass from one son of the first king, Ibn Saud, to another. The next in line, Crown Prince Muhammad bin Nayef is also from the ruling House of Saud, and the king-appointed cabinet includes more members of the royal family. While the monarchy is hereditary now, future Saudi kings will be chosen by a committee of Saudi princes, in line with a 2006 royal decree.

The family is estimated to be composed of 15,000 members, but the majority of the power and wealth is possessed by a group of only about 2,000.